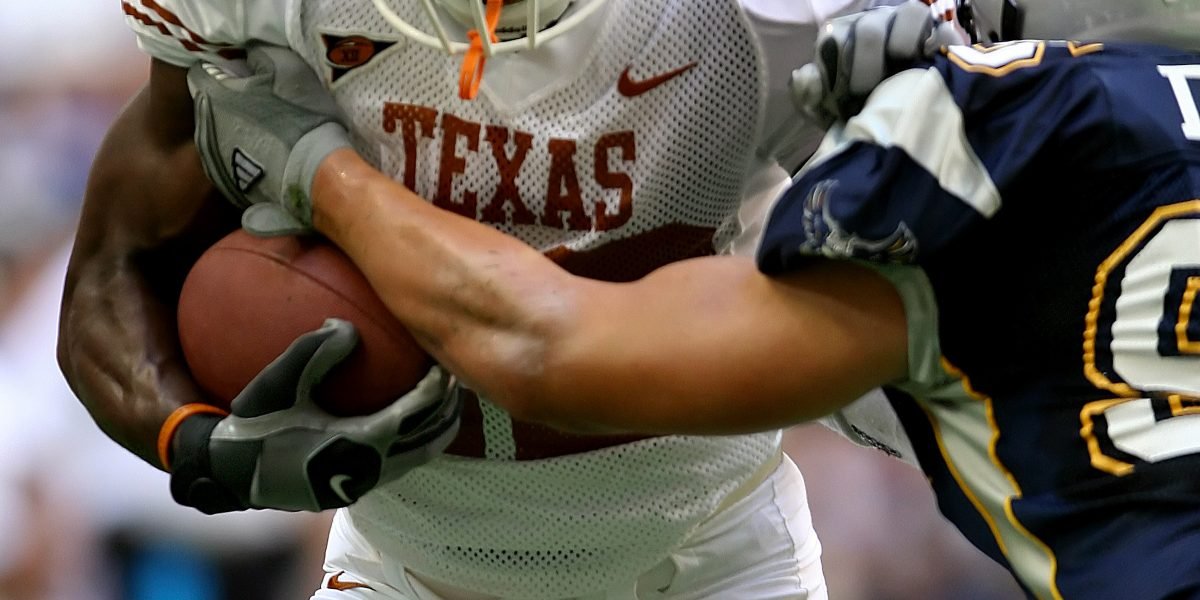 It’s no secret that an increasingly difficulty issue in football is the rise (or at least heightened awareness of) brain injuries suffered by players.  There are some things that can be done, such as teaching proper technique and making sure that helmets are state of the art, but until now, what a school or coach can do to protect kids has been largely limited.

Now however, Riddell and Texas are taking a big step towards safety by including monitoring devices in players’ helmets.  Starting this year, all University of Texas players’ helmets will have sensors that send signals to the trainers’ hand held devices when the player sustains a significant hit in the head.  The trainer can then monitor the player and look for signs of a concussion or head injury.  Texas will be the first Power 5 school to provide this technology to every player.

Now, if we can only find some technology to help us find a few more wins each year…..