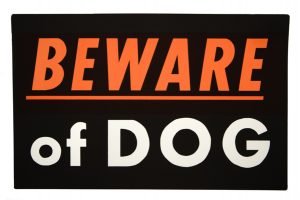 Last week, the Austin American Statesman reported that dog attacks are increasing in Austin.  The number of dog attacks has increased every year since 2007.  This year is no exception.  Austin has experienced over 1,000 attacks so far, on pace to break last year’s record.

These are not good statistics.  I’ve represented a number of victims of dog attacks, ranging from the run-of-the-mill attacks to a horrific case where a dog attacked and killed a young child.

These are often terrible cases for those involved.  With aggressive dogs, there is usually significant pain and trauma relating to the original attack.  Many serious attacks have long-term physical consequences, including physical limitations and scarring.  And almost all involve permanent psychological scarring.

Legally, there are a number of different avenues of claims that may be made.  The obvious claim stemming from a dog attack is against the dog owner.  In Texas, dog owners have various responsibilities to help protect the public from unsafe dogs.