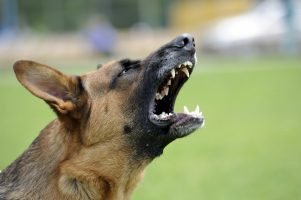 I’m not sure what it is about football players.

As you may know, I had a dog attack trial against former UT and NFL running back Cedric Benson last year.  Now, a new football player is in the news.

According to news stories, two dogs belonging to Dallas Cowboys quarterback Dak Prescott got out of Prescott’s home.  One of the dogs reportedly got into a fight with a dog in the neighborhood, and when the other dog’s owner tried to break up the fight, one of Prescott’s dogs bit the neighbor, sending her to the hospital.  The dog was an American Staffordshire Terrier, a breed in the pit bull family.

According to one news story, the dogs got out of the house, but Prescott was not home at the time of the attack.

This incident seems to be a good time to talk about potential claims that can be made in a dog attack case.

A second potential claim is a strict liability claim.  Whether this claim is viable depends on the dog’s history.  But if there was some evidence that should have led Prescott or the person watching the dog to know that the dog had dangerous tendencies, then Prescott and the person watching the dog are automatically liable for any damage caused by the dog.  The type of evidence that could help prove that the dog had dangerous propensities includes prior attacks by the dog, lunging at people or other animals, excessive barking or other agressive behavior towards people or other animals.  The types of evidence here are almost limitless.

We’ve had the pleasure of representing folks who have been the victims of dog attacks throughout large parts of the state.  If you or a loved one has questions about your potential dog attack or dog bite claim, feel free to call us at (512)476-4944.  You cal also download our free ebook about the Basics of Texas Dog Attack Claims.