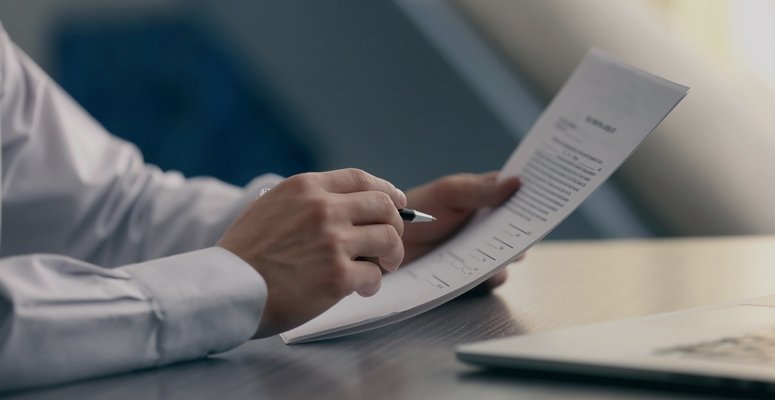 Discovery: What Are Interrogatories?

The first phase of a lawsuit is the written discovery phase. In it, the parties exchange requests for disclosure, interrogatories, requests for production, and maybe rquests for admissions.

The initial disclosures (discussed here) is an automatic requirement that parties exchange some basic information about the case.

The remaining three discovery tools, while still general sometimes, are more tailored to the specifics of the case. The specific tool for this discussion is interrogatories. Interrogatories are questions that one side sends to the other side to be answered under oath — that means that the person responding has to sign and swear before a notary public that the answers are truthful.

Again, we usually send the interrogatories to the client and ask the client to answer them on his or her own so that we get the best answer. We’ll then work with the client to come up with a final form.

Here are some examples of interrogatories based on questions from a real car accident case. Unlike requests for disclosures, which are identical from case to case, interrogatories change from lawyer to lawyer. But this example is fairly standard and should give you an idea about what an auto accident lawyer might have to respond to in a case.

Whether pursuing a personal injury claim or defending an unjust suit, we believe our ultimate goal is holding wrongdoers accountable. We do this by aggressively pursuing a fair recovery for you to the fullest extent allowed by law. Get the respect you deserve. Get the results you deserve.

1. Identify all names you have gone by current address, date and place of birth, driver’s license and social security numbers.

2. Identify (names, addresses and phone numbers) all persons who have resided with you for longer than one week since the subject incident, including your nuclear family (spouse, parents and/or children.)

3. For each employment during the past ten years, identify each employer (name, address, phone number), provide your position/title, and describe your duties and responsibilities as well as beginning and ending date of employment.

Questions related to the incident:

1. Please explain in detail your version of the incident on which this suit is based and identify all persons known to you to have been eyewitnesses to the incident.

2. If you are claiming any past or future loss of earnings or other income as a result of the subject incident, state the amount to date and the method of calculation. Include all dates you did not work because of injuries or medical care, you salary/wage, and state whether such losses are continuing at present.

3. Describe all personal injuries you sustained from the subject incident, including body parts, aggravation or prior conditions, impairment, and/or disfigurement.

4. In addition to any damages stated above, identify any other expenses or damages resulting from the subject incident. (Such as property damage, medical appliances, out-of-pocket expenses, etc.)

1. If you were covered by health insurance at the time of the incident giving rise to this lawsuit or at any subsequent time, please identify such carrier by name and policy number or group policy number.

2. Provide the total amount of medical expenses paid or incurred by you (or any person or entity on your behalf) to date as a result of the subject incident. Also, if applicable, state whether any future medical expenses have been projected by any of your medical/health care.

3. Identify all persons or entities (name, address and phone number) which have paid, incurred, received and/or reimbursed any expenses resulting from the subject incident. This is to include any governmental agency (such as Medicare or Medicaid), insurance company or health care plan.

4. Identify (name, address and phone number) all medical/health care providers (including, but not limited to, physicians, osteopaths, chiropractors, psychologists, therapists, pharmacies, hospitals and clinics) you have seen during the past ten years for any injury or condition. For each, specify the injury/condition treated.

5. Identify (name, address and phone number) all medical/health care providers (including, but not limited to, physicians, osteopaths, chiropractors, psychologists, therapists, pharmacies, hospitals and clinics) who have provided any treatment, services, advice, medication or supplies as a result of the subject incident or injuries.

Questions related to the trial:

1. State completely all written or verbal statements/admissions of Defendant (or any agents, representatives or employees of Defendant), which you may reveal to the judge or jury at trial, regarding the subject lawsuit, incident, fault, or any condition playing a part in said incident.

2. State completely all written or verbal statements/admissions of Defendant (or any agents, representatives or employees of Defendant), which you may reveal to the judge or jury at trial, regarding the subject lawsuit, incident, fault, or any condition playing a part in said incident.

3. Provide the name, address and phone numbers of all persons who are expected to be called to testify by you at the trial of this case per Tex. R. Civ. P. 192.3(d)

5. Please list/identify any and all exhibits you intend to introduce into evidence and/or use at the time of trial.

Questions related to your history:

1. Identify all other accidents you have been involved in, including automobile accidents, on the job accidents, industrial accidents, home accidents or any other type of accidents during the past ten years.

2. Identify all lawsuits and insurance claims involving personal injuries to you during the past twelve years, specifying the nature of the injury, date and county/city of filing, name of defendant/insurer, and result (settlement/judgment).

3. Have you ever been charged with, convicted of, or plead guilty to any felony or other crime of moral turpitude during the past ten years? If so, identify the crime, date and location, entity making the charge. If applicable, also identify the court and cause number, and state whether you are presently on probation.

4. Pursuant to Rule 609(f), Texas Rules of Evidence, please state evidence of any conviction (by stating the offense, disposition, year of the offense, cause number, court, and county in which the offense occurred) which you intend to use at the trial of this matter regarding this Defendant or any witnesses identified as trial witnesses by this Defendant.