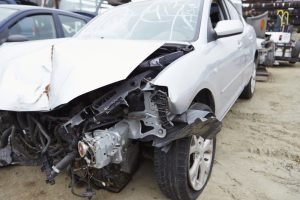 Safety experts at the National Safety Council, and insurance companies such as Allstate and Geico, were surprised by the 14 percent increase in fatal auto accidents during the first half of 2015.Geico is part of Warren Buffett’s Berkshire Hathaway group. Figures for the second half haven’t yet been compiled.

Insurers say drivers could be facing a period of rising premiums. Some companies are reacting to the statistics with rate increases and others are expected to follow.

What caused the accidents?

Buffett’s statement about drivers being worse is not quite on target, though driving longer hours on trips and on crowded roads can be stressful.

* Roadways were more dangerous in 2015 as travel increased to a record 1.54 trillion miles through June, according to the Federal Highway Administration. The average number of miles individual Americans drove remained at the same level as in 2007, but there were more people driving.

* The low unemployment rate of 5.1 percent meant people could afford to take more trips, according to the American Automobile Association. Allstate president Matt Winter told analysts that increased vehicle complexity could be a factor, but it’s typical for people to drive more and have more accidents as the economy rebounds from a recession.

What you can do?

Traditional cautions are even more important on crowded roads: Take it easy and don’t be aggressive. Allow more time to reach your destination. Drive defensively. Be ready for another driver to make a mistake.