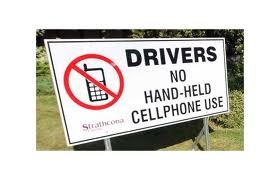 Recently, a family member was complaining about sending text messages using the keyboard on her new iPhone.

In an effort to help, I tried to show her a feature that allows you to speak your text message.

Her response was, “Great, now I can send texts while I’m driving.”

As a personal injury lawyer, I know too well the dangers of distracted driving.

Some of the distracted driving statistics are startling:

Those problems are getting worse —earlier this month, a government study found texting while driving had almost doubled this year.

Because of those dangers, the National Transportation Safety Board recommended in early December that each state ban all uses of cell phones while driving (except for emergency calls).

I don’t think that proposal will go anywhere, but I hope it at least starts a conversation because we need a culture change.  This is an increasing problem and we all need to do our part.

For most drivers, that means making their own change — a resolution to decrease their own distracted driving.  I’m going a step farther this year.  I’m joining up with personal injury lawyers from across the country who have pledged to help take this message into schools and to other groups of drivers.  Because if we’re going to reduce these dangers this year, we’ll all need to work together.