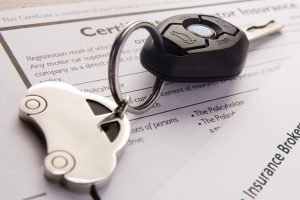 I had a maddening exchange with an insurance company this week, and it’s an example of why an injured person needs to hire a good lawyer.

If the insurance companies know that the claim is worth the policy limits, why not just offer that in the first place?  Because they know some attorneys will advise their clients to accept the offer.

That just drives me crazy.  Instead of properly representing their clients, some lawyers will be afraid to stick to their guns and file a lawsuit, resulting in their clients settling claims for less than the case might be worth.

Unfortunately, there’s not a good way for clients to know when hiring their lawyer whether their chosen lawyer who will fully represent their interests.  But the insurance companies know.  They keep databases of what attorneys like to settle cases, what attorneys settle too cheaply, and what attorneys will fight tooth and nail.

I hope you’re never in a wreck or are injured as a result of someone else’s conduct, but if you are, I hope you get a lawyer really willing to protect your rights.

Dog Attacks/Dog Bites: Which Dogs Attack Humans The Most?
Three Things That Are Going To Annoy You About Your Personal Injury Case